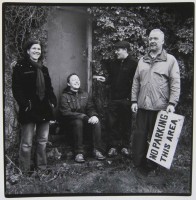 In 2016, the evolution of Supernormal sees its gaze placed firmly forward, and with this in mind there are a number of exciting and radical developments in store for the coming year. Benefitting from increased funding support from the Arts Council England, the festival is developing several new programming strands which extend its original spirit and reach still further beyond both the constraints of the standard festival setup and what’s previously been possible via the parameters for this particular three-day event. These include a new Art and Music Residency, a City Partners Programme, Artists Shed Commissions and a new series of collaborative music and art commissions specific to the festival, not to mention a new, ambitious and extraordinary Vortex space containing an integrative plethora of performance, sound, music, talks, presentations, moving image and film.

Encompassing the first wave of confirmations, we’re thrilled to announce the following artists will be coming to Braziers in 2016:

Untold amounts of new and startling music remain to be announced, whilst arts projects, installations, exhibits and interventions will as ever be manifesting all across the Braziers Park site, alongside a full programme of activities and participatory workshops for all ages.

Tickets for the full 3 days are available now for £85 including camping and no added booking fees.