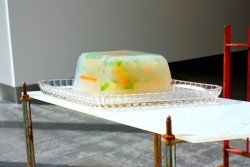 Supernormal is delighted to be hosting a one-week art & music residency at Braziers Park for six artists who have previously taken part in Supernormal festival. Artists are invited to explore and research the rich history, community, grounds and surroundings of Braziers Park, Oxfordshire in relation to their practice and the context of Supernormal. Participating artists will develop new site-specific or site-responsive work for the festival programme taking place at Braziers Park from 5 – 7 August 2016.

There will be a special open event to mark the end of the residency where artists will show, perform, or talk about their experiences at Braziers Park on Sunday 15 May 2-6pm, in association with South Oxfordshire Artweeks.

Jack Catling works mainly through the mediums of performance and installation. Through his practice he aims to bring about an atmospheric shift in ontological value, opening up a space for wonders to occur. Catling draws from his background in illusion, his interest in the value and perpetuity of symbols and a shady past built from various fictions. Jack Catling is also a founding member of the performance group The Parlour Collective.

Jack presented a performance on the Braziers house terrace for Supernormal 2014.

Melanie Clifford is an artist working in translation between moving image, sound, drawing, broadcast, material and site to think about psychological relationships to urban space: intimacy, distance, estrangement; the experience of being held in and between registers. Melanie also works directly with sound and its location: performing site-specific sound pieces and recording found sounds and her own slight interventions, to be edited, reconstructed and broadcast and co-produces a weekly live improvisational radio test transmission for Resonance 104.4FM, London.

Melanie has performed or participated every year since the beginning of Supernormal in some form, whether with the ever expanding A-Band, playing glass on guitar with Cindy Talk, improvising with ephemeral objects and sounds with Bermuda Triangle Test Engineers, and creating a new immersive/reactive sound installation in the Pink Shed.

Sam Cook studied in London but soon became bored and deflated by the city and the on-going brutal and rapid gentrification of important cultural communities. His work explores the synthesis between social and environmental sustainability and manifests in multiple forms including collective activity, installation and sculpture.

In 2015 Sam took part in the Artist Plinth Project which invited selected artists to make new work that considered the plinth within the context of Supernormal.

Rebecca Lennon Working with video, text, sound and performance, Rebecca Lennon brings together the cinematic with the mundane, the spiritual with the bureaucratic. Exotic desire, cartoon violence, debt, history and domestic fetishism are combined in absurd and psychotic montage spectacles, narratives that fold in on themselves and instructional texts that implicate the viewer.

For Supernormal 2014 Rebecca was commissioned to develop a new work for the Artist Billboard project. She also presented a new performance in the Barn called ‘CLEAN LUNAR’, a public cleaning ritual that incorporated sound, video, eggs, plastic bags and drums.

Sam Underwood is a musician, sound artist and instrument designer. As well as being a music producer and live performer Mr.Underwood is often found working on a variety of leftfield projects, from setting up elaborate field recordings, to building obscure mechanical musical instruments. Mr.Underwood also can’t help but twist the uses of objects, to find new ways of creating sound and interfaces with instruments and technology. A hacker at heart. He can be found popping up in various guises at gigs, events and lectures.

Sam has performed in various guises at Supernormal including as Glatze – his one-man-musical-loon alter ego, with improvisation trio DunningWebsterUnderwood, and was in co-residence in the Shed Sound Space,in search of raw materials to hack into makeshift musical instruments, and leading a procession with his tuba in tow.

Lucy Woodhouse works across a variety of interactive media, online technologies, live broadcast, and photography with an interest in connectivity and co-operation often involving the people and communities she works within and around. Recent projects have involved working with public billboards, hosting audio-visual raves, developing online broadcasting work and live av performance.

In 2012 and 2013, Lucy bought her collaborative project Secret A.V to Supernormal as a live AV performance that took place in the depths of the woods after dark. Using an inket scanner, strobe, smoke machine and a projector to create live visuals alongside an audio mix of artist made music and other tracks.

Founded in 1950 as an educational trust and School of Integrative Social Research, Braziers Park has a long history of counter-cultural activity, and is a continuing experiment into the advantages and problems of community living. It’s 55 acre site, woodlands and outbuildings set within an area of outstanding natural beauty, encourage an exploration of the site and it’s history. Supernormal itself developed out of the annual Braziers International Artist Workshop (BIAW) (1995 – 2010) which was for ‘artists willing to navigate ideas and working processes different from the habitual… to work, exchange dialogue and experiment in a way that is mutually beneficial’. The Supernormal Art & Music residency reflects and borrows from th